Posted by LifeLoofah on April 2, 2014 in Recipes 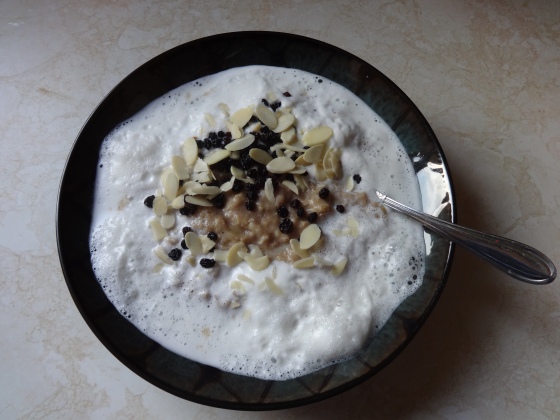 I’ve been a daily visitor to The Oatmeal Artist for almost a year, and it never ceases to amaze me how many different kinds of oatmeal that Lauren can come up with!  I came across her blog just as I was going into the second cycle of the 17 Day Diet where we’re allowed to eat oatmeal every 2nd day, and I wanted to try making my own oatmeal instead of using the premade packets.  I wasn’t planning to look for new and exciting ways to make oatmeal; my original intention was to look up the ratio of water/milk to oats and how long to boil them.  To my surprise, The Oatmeal Artist presented me with a plethora (great word!) of oatmeal options, and I settled on Dark Chocolate and Grapefruit as my first creation; this is my favourite oatmeal to make now, though I use just regular cocoa powder, and I add about 1½ T of honey.

What did I find?

Since my discovery of this amazing site, I’ve been very hesitant to actually try some of the more interesting oatmeal recipes; this is mostly because I’m happy with my new favourite and I also stick to plain oatmeal with the addition of yogurt or honey or sliced strawberries because these are simple and reliable.  Well I had the day off last Friday so I decided to branch out.  I wanted to try one of her many oatmeal recipes that include banana because I happened to have a good ripe banana just asking to be mashed. 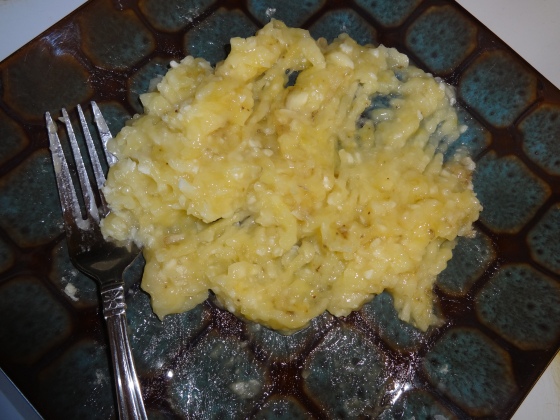 I found Banana Chai Latte Oatmeal and immediately thought of my favourite Starbucks drink, so I knew I had to try this one.

What did I change?

This recipe calls for some of the usual spice suspects of spice cakes or cookies everywhere: ginger, cinnamon, cloves and cardamom; I don’t have cardamom so I decided to replace the ¼ tsp of cardamom with equal amounts nutmeg and allspice, two other usual spice suspects.  As per usual, I also left out the salt since I really don’t miss it at all.

I also used a combo of half-and-half water and milk to cook the oats, rather than a full cup of one or the other as it states in the recipe (you’ll actually find Lauren’s comment on this in her page Oatmeal 101).  I prefer this combo because the milk makes the oatmeal creamy while adding water means the milk is less likely to scorch on the stovetop.  Win-win!

One of the main reasons I wanted to try this oatmeal was for the frothy milk topping – yum!  Lauren mentions that the only way she’s been able to achieve this consistency is with a milk frother but I was determined to make it work with my immersion blender.  As I was blending the milk/vanilla combo, I realized that foam needs air and air isn’t introduced with an immersion blender (duh).  So after a couple minutes of blending, I tilted the blender to the side until the edge of the blender just peeked above the liquid and I kept blending, and slowly but surely I produced milk foam!  I was stoked.

For toppings, I didn’t have walnuts like in the original pictures, but most of the recipes here call for using whatever toppings you might like for your own oatmeal – customization is key!  I chose sliced almonds and currants from my baking stock.

What did I learn?

This was a simple recipe, but it still challenged my cooking skills!  I learned that the addition of a mashed banana in oatmeal is just as genius a move as it is in baked goods; it really upped the sweetness of the oatmeal and went well with the spices.  I also made a discovery with my immersion blender which could mean great things for future oatmeal, and hot drink, creations!

And finally, I had to think on my feet with the spices, and that ended in a delectable combination!  Just look at those lovely little specs of spicy goodness…

Most importantly, by branching out with this recipe I think I may have the courage now to try some of the more outrageous recipes on this website; oatmeal really is a blank slate, ready for anything!

Thanks again to The Oatmeal Artist herself, Lauren, for sharing her wonderful ideas and recipes!  I look forward to your next creation!

Do you like oatmeal?  Do you have a favourite kind?  Do these oatmeal recipes inspire you to try something new?